October was an interesting month for the NFL and Ray Anderson (vice president of football operations for the NFL); so much so, that regulations needed to be implemented. October was full of collisions, concussions, and injuries. These incidents led to the new, stricter implementation of suspensions and fees for players that are involved in head-to-head contact or devastating hits. What is a devastating hit, and who decides what a devastating hit is?

A devastating hit is when a player hits with his head instead of driving with his shoulder. This action is something that is decided by observing, not playing. An observer should not make the decision whether someone was hit “devastatingly” hard or if he hit “conservatively,” or if the hit was legal. These regulations have turned individual football plays into ethical and monetary issues. The play often looks worse than it really is. The new regulations are taking the passion and the heart out of football. These new regulations are causing players to reserve themselves during plays. Football isn’t played by tip-toeing around players—it is played by going hard and fast into opponents.

Football players are like modern gladiators. We (as spectators) put them in an arena and expect to see contact and action. If a player gets hurt, that is a small price to pay for the entertainment we get as well as the rush they get from playing. They are paid to go harder and faster than other athletes. Football players pride themselves on playing very hard. When players sign up to play football, even as young little league players, they are aware there is a chance they can get hurt. Anything that requires players to wear shoulder pads, leg pads, rib protectors, forearm pads, elbow pads, and a helmet obviously has a risk. No matter what position the player plays, there is a risk, and spectators look forward to those risks. Fans don’t want their favorite players to get hurt. However, sitting out a game or two is a small price to pay—one that many are willing to take.

The players look forward to the risks as well. They aren’t able to play like they want when they have to hold back; they tip-toe through the plays and pull back when it is unnecessary. NBC Sports quoted Pittsburgh Steelers linebacker James Harrison about the game against the Dolphins: “That was my least productive game this year…we can still play the game, but it’s not the same” Harrison was praised for not hitting helmet-to-helmet, but he isn’t so happy about the new changes being made. Many players said the new helmet-to-helmet regulations are like flag football and not the game that is meant to be played. Players should be allowed to hurt and “put the hurt” on others. Getting hurt is much different than an injury. There should be penalties to a player who badly injures another, but that is rare and doesn’t occur enough to penalize players on smaller things such as concussions. While it is understandable where Anderson is coming from with his need to protect the players, it seems that it could be a possible overreaction to the unfortunate concussion coincidences that occurred in October. 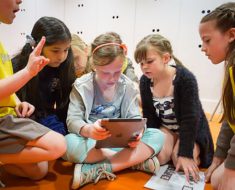 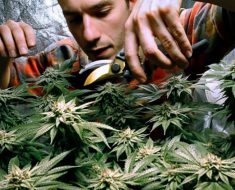 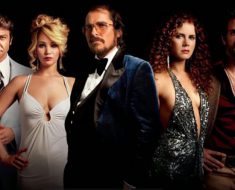